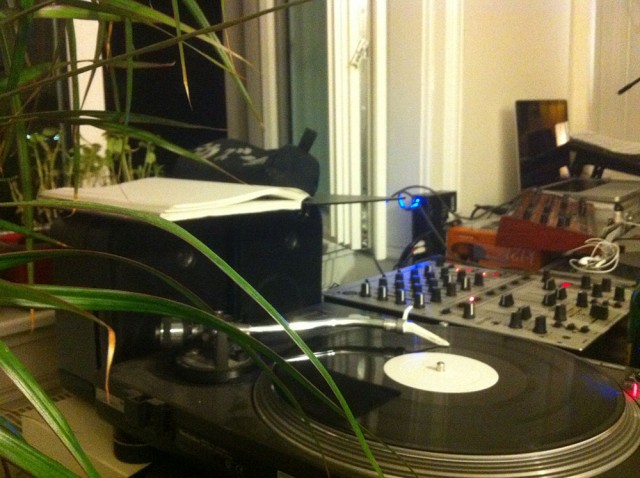 A while ago I travelled in Vienna’s metro. I put out my old-skool iPod and set it on shuffle. And it played one deep and atmospheric Drum & Bass-track after another. Those chopped Amen-breaks of Atlantic Connection – Touch This and Shebuzzz – In Infinity flashed me back to when I finished High School in 2006 (although these songs were released a few years later. Doesn’t matter!) Up to around 2006 that time I was mainly listening to Techno & Trance stuff, but then it didn’t inspire me anymore, yet even drowsy. From my point of view, that genre was dead.

Then a friend of mine and I discovered DI’s Drum & Bass radio station. We were listening to Tardi’s Radioshow and he was mixing some tracks of John B & D.Kay. Woah, we turned up the volume heavily, we just were not used to these trancy sounds combined with Drum & Bass. So I started to listen actively. I wanted to know more Drum & Bass artists I may like. I wanted to discover that new genre. By the way, back then it never came to my mind to look for special labels, I always watched out artists, not any labels. I started to like Drum & Bass so much, because all those artists that were new to me put in so much afford and so much musical influence from other genres. Something that I wasn’t used to. And I liked it. I never really was a fan of Hip-Hop, but I always cross-eyed over to it, because it is THAT style of music that lives from all its influences of other genres. Drum & Bass can have that same influence.

Now in 2012 I have to say Drum & Bass could have that same influence. But it hasn’t. Or at least it should have more. For a very long time I was used to click on each DnB-release and tried to listen to it, but I stopped with that, because firstly, so much shit is been put out there and secondly, only very rarely you listen to new stuff. So rarely that other mechanisms like Soundcloud’s and Youtube’s inbox-system of your community-friends work much more better. That’s frustrating. I like Drum & Bass and I came to it because it gave me a new drive back then. I never will stop loving that genre, of course, but I would like to listen to more innovative DnB. As a result, again I am listening to new genres and musicians (of course that’s something a musician should do all the time, I know) like some years ago I discovered M83 for me and Shoegaze & Chillwave in general.

Now I want to switch back to Trance. Even now from my point of view, Trance can not give me that good feeling I was used to about seven or eight years ago, but I still try to find new and innovative tracks and artists like Arty. I even wearing an Anjunabeats-T shirt ^^ I know that genres and styles are changing. From my experience I know that your taste in music is changing. And because of the fact that I actively try to discover new music and do not just want to be told what I could listen to, I think get bored from genres faster than the usual listener.

But all that doesn’t matter so much compared to another experience I made. Every time I want to discover new music actively, I have to keep in mind my mood in that moment. Sometimes I am open minded for driving beats, sometimes I expect epic melodies and chord-progressions and in the next moment I look-out for relaxing atmospheres. So I can not judge all the tracks from a objective point of view. In the moment when they reach my ear, they also have to fit to my mind. That also could be the reason why we stick to old tracks, to classics. Because we have them in our playlists and know exactly when we want to hear them.

When nothing really works anymore I am listening to some ambient Electronica. And I never will stop to listen to The Future Sound of London 😉