Home / Thoughts / There is no talent but passion 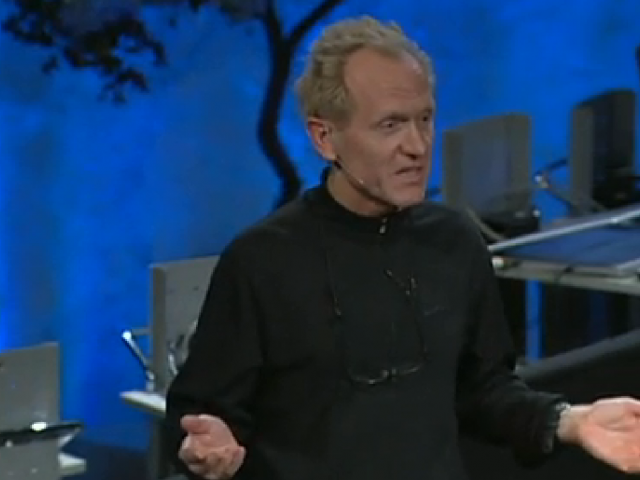 There is no talent but passion

November 6, 2011 by Marc Renton in Thoughts with 0 Comments

Some days ago I met some new students of my Master-degree  at Apéro (Swiss people call it) and we had a really interesting discussion about talent and passion. Before a discussion starts, you believe that everyone has got the same opinion as you have. And it turned out that I was the only one who does not think that there is something like talent or intellectual giftedness, as Wikipedia calls it.

I couldn’t convince anybody with my arguments – so I failed. So I have to write this blog-post : )

I don’t believe in talent, nature’s gift or however you call it – the idea, that mother nature give’s us something even before we are born. I believe that what is really important is your environment, your passion for something and some rules for success, that does not seem to be so popular as I thought up to then.

You can read my post that adds some personal additions or just watch Richard St. John’s 8 secrets of success TED Talk:

If you do something, you should do it for love, not for money. Personally I think that people get their passion in their first years of their live, like up to four years or so, where your personality is built up. You get your passion because of your environment. If you do something, like let’s say singing or playing football, and your parents, your family or our environment in general like it, then you learn, that you’ve done something good. I think there are so many good Brazilian football-player, because very early, the kids learn that they can do something with their ability to be a good football player.

This is my idea of talent. Of course, some people may have physical or mental advantages or disadvantages. If you’ve got longer legs than I have, you may have a natural advantage to run faster than me, so you can develop a passion for running better than I can, but I think that’s another discussion.

When it comes to work, I’ve learned something good from a friend of mine, Protone. We went together to High School in Villach, Austria, for the last year before we’ve done our A-Level. Before he started making music, he played a lot of tennis, he even went to a school where they supported his passion for tennis so that he could focus more on it. Suddenly, he wasn’t interested in tennis anymore and wanted to try something new, that was producing Hip-Hop and Drum&Bass. So he started to learn everything and he spent MANY ours in front of Logic and its Plugins but also listened to A LOT OF music on Myspace. Protone taught me that if you really want to be good in something, you really have to work a lot for your goal, nothing comes as a present. But keep in mind, you’re better at work, if you’ve developed a passion for it.

I can’t remember where, but I’ve heard that successful people have a lot of hobbies or at least interests. But to be good in something, you have to focus to that thing and put anything away, that stops you from doing that one thing. Personally, this point really makes me think, but I couldn’t find a solution for the fact that I do not just music but also other things. So what do you do if you’ve more than one passion. And I think most people have more than one passion. Maybe you have to learn to prioritize your passion. What do you think?

Persist, have ideas and be good

A lot of people out there start to criticize someone else’ work to early, perhaps as soon as she or he started to make something. It can take years or decades to develop your own unique style to draw, make music or playing awesome football, but no one should compare five year old newcomers to 18-year Brazilian football-players ; )

To do awesome stuff you need the right ideas. Once I read Steve Johnson’s ‘Where Good Ideas Come From’, a book that taught me, that people can have ideas from everywhere. What really is important, is the fact that you may have your ideas to the wrong time, or let’s say, to a not so adequate time. YouTube founder’s idea was to use Adobe Flash’s video technique and build a portal around that plus give people the ability to upload their videos to share them on their own websites and blogs. The idea of video-streaming on the internet was not new and Adobe invented Flash’s video capabilities some years before YouTube launched in 2005, but it was the right time, because more and more people got the essential broadband connection to the Internet. If YouTube had been invented in the 1990s, they won’t succeed, because it would people take years to upload a video. Successful people can make associations from a lot of thinks, maybe because they have a lot of interests or are good in adopting ideas from somewhere else of their environment.

I get most of my ideas when I take a walk or in the morning when I get ready for university, so I have to write them down to remember them for my next studio-session.

“To be successful put your nose down in something and get damn good at it.” Alex Garden, game developer

Push yourself and serve others with what you do

Richard St. John says in his TED-Talk that you have to push yourself through shyness and self-doubt. Like in physics, mass does not move from itself, you have to invest energy to make a car move. When it comes to self-doubt I have to think again of my friends like Tubby or again, Protone. They’re better in making beats and especially Tubby can teach me new things in music-production every time I meet him. He really is better when it comes to mixing and audio stuff in general. So should I stop making music? No. But stop comparing oneself to another is definitely a better idea.

So why do I talk about this?

I don’t want to use the term Talent, becasue people aasociate with talent something that’s given from God or anything else above. I argue that these things are cognitive, physical and so on advantages and disadvantages, that leads me to the question, what influence they really have on ourselfes compared to the points i discussed before. If talent is something that you can measure with an ECG or so, I would agree.

The points discussed before are much more important and asDean Ornish argues, our genes are not our fate.